So vain was he,
his mirrored reflection such a pleasure,
he saw not the impediments
nor the treasures that he held in heart,
just a countenance
that gave him such bloated confidence,
to think he was far better than all else,
a god of sorts to rule his day.

A prince was he,
son to a king father of benevolent mind,
so kind his people did love him so,
for the prosperity he had brought
to a kingdom once poor;
but the prince was sharp and dismissive,
and treated his servants appallingly,
and they all bitter for their woes.

The prince dreamed one day he would be king,
rule everything,
to administer justice with his moods,
loosened heads and dungeon cells so filled,
life would be in his name only,
on his terms completely,
but his father was too young for death,
so loved and he bereft of plans.

The king was determined for his son to settle down,
marry a fitting bride
and produce heirs for the throne,
but each and every ball
for he to meet prospective wives, ended with disaster,
as he was so blunt and terse,
no potential bride could imagine a worse suitor,
a snobby, crass rude man was he.

Still, the prince had no interest, as to him
they were all weak and fluffy
and entirely inappropriate for a future king,
so he scoffed at each,
he too beauteous for their superficial bows and trim,
and so the king was despaired,
wondering who would take the throne
other than his one prince son.

Ten years went by and the prince grew frustrated,
his long-living father damning all his plans,
so his thoughts began to wander,
poison perhaps, no blood to question why,
just a silent passing in his night chamber,
was all he could conclude would aid his cause;
and so this vain prince turned evil,
taking darkness into his heart.

A young woman had wandered into the town,
dirty and scruffy, her dress so soiled
its color hardly determined,
and she carried only a Hessian sack
her belonging so meager;
but in no time she was arrested for theft,
a loaf of bread her fancy,
having not eaten in days.

She stood before the king, unrepentant,
and was given five days in the dungeon
for her foul deed,
the king vowing to help her after that,
if she wished to stay;
his kindness took her aback,
as her life had been hard,
and no-one had every tried to help her.

The dungeon was dark and wet
and so foul not even rats enjoyed the shadows,
and a morsel of bread and a cup of water was all her allowance,
in serving out her sentence;
so she sat on her knees
and by a single candle from her sack,
she mumbled words not legible,
for hour after hour.

The prince, on his daily walk did pass the cell
and saw this woman,
mumbling gibberish ‘front a candle dim,
and stopped to ask who was she,
she looked up and the light from the candle struck her face
with such soft countenance,
the prince was disarmed momentarily,
‘Who are you?’ he asked pointedly.

‘Athena’, she replied,
and stood to face the prince,
who was so beguiled,
his nature just flew away, as if a bird released,
and ‘you would be?’ she asked,
‘why I am the prince, my father king’s son,
so she smiled and her eyes glittered like eternal stars,
and the prince could only see beauty,
his heart suddenly with potential,
the crass cruel man of yester-moment deceased.

Some hours later the prince returned to his chamber,
so detached from the world as if having gazed upon miracles,
and he sat by his fire and mused,
his heart using muscles it had long forgotten,
yet what of his evil plans,
his love of self complete;
was this a turning point,
a life in recompense?

Five days later Athena was released,
and the king had found her lodgings
and work at a nearby tavern,
helping as he had vowed,
and the prince took ale as his favorite pastime,
just to be near her; and they talked and talked,
as each day the prince’s heart opened more and more,
his unexpected gifts of understanding and kindness
replacing his past, as if it had never been.

With new clothes and having been cleansed from the road,
she was a raven haired beauty,
eyes as dark as night
and so beguiling no man could resist her,
but the prince was always at hand to rescue her
from the drunken advances
that would surely follow in her employ,
and the two did bond, deeply.

Each and every day the prince’s heart
became more captivated and enamored of Athena,
and his love became like a weight upon his shoulders,
begging for resolution,
so he did confess his heart
and asked her to come to the palace
to become his confident,
his companion in waiting.

She looked at him with questioning eyes,
not quite understanding his gesture,
but instead smiled sweetly and agreed,
to see what she could see
and what he had in mind, but a portion of she;
so she became a concubine,
a label-less servant blessed to be by a prince,
yet not good enough to wed, nor even glimpse
a respected life.

The prince did use her beauty,
as if a refection of his own,
and no matter what he thought, in his love for her,
it could not surpass his own, self adoration,
and Athena, knew, for she was no fool,
and bide her time living in the luxury of a royal castle,
until the seeds she had sewn
would caste a different light.

Each time she was bedded,
she could feel his self-love in performance,
he himself his greatest joy,
and she just a mere consideration,
to bolster his importance his princely perfection,
he, but a royal oaf, a lie in projection,
and so she played the game,
to see where this could take her.

But Athena had a secret,
a dark and dangerous secret,
that the prince would soon discover
in his faux love affair;
you see she was a witch of such power,
she could rule the kingdom if she chose,
and a man like the prince in dire need of recompense
for all his selfish acts and disrespect
was as close as close can be, to fall.

She was no slave to anyone,
no whore or object used, and
he was just a heartless blinded fool,
too consumed by his own reflection,
to have any love in his heart at all,
and she wanted to teach him a lesson,
one that would change his pointless life,
so she worked on a spell, to change his days to night.

First she made sure
the king would live till he was a hundred and ten,
and the queen always by his side,
the kingdom would flourish
under the guidance of benevolent rule,
and sun always grace their skies;
the prince himself was another matter,
a consideration requiring much thought,
to ensure he got what he aught.

‘What has no heart,
is beauty by reflection, yet cold as ice?’ she asked,
‘unable to speak or tell lies and do no harm to others?’
She sat upon the floor, surrounded by candles,
and strange markings did she scribe upon the stone,
as she spoke her incantation in a language unknown,
until once done, she closed her eyes, well pleased,
as the prince did enter his chamber.

‘You look handsome today my Prince,’ she encouraged,
as he stepped quickly to a full-length mirror to admire,
she followed him, running her hands over his shoulders,
as his eyes traced every line and curve
of his magnificent profile;
she held his hand and gently took one finger
to touch his reflected lips, and as it touched the glass
he fell into the mirror, becoming his timeless reflection.

He shouted and pounded against the mirror,
but there was not a sound, just a painful silence
that consumed his being forever more;
and with a last smile
Athena left the chamber and the kingdom,
knowing that it and its people were safe,
for love through vain eyes is not love,
and through a self so loved, there can be no truth,
only the delusions that sit within vanity’s hold.

Tony DeLorger
Full time author, freelance writer, poet and blogger since 1999. Twenty one published works, past winner of 'Poet of the Year' on HubPages, 'Poem of the Year' on The Creative Exiles, writer for Allpoetry.com, Google+, tonydwtf.blogspot.com.au
videos on YouTube and book sales on website thoughtsforabeautifulmind.com, Amazon and digitalprintaustralia.com.au/bookstore

Full time author, freelance writer, poet and blogger since 1999. Twenty one published works, past winner of 'Poet of the Year' on HubPages, 'Poem of the Year' on The Creative Exiles, writer for Allpoetry.com, Google+, tonydwtf.blogspot.com.au videos on YouTube and book sales on website thoughtsforabeautifulmind.com, Amazon and digitalprintaustralia.com.au/bookstore

Eureka! The Perplexing Journey of Invention

Fish One, Me None 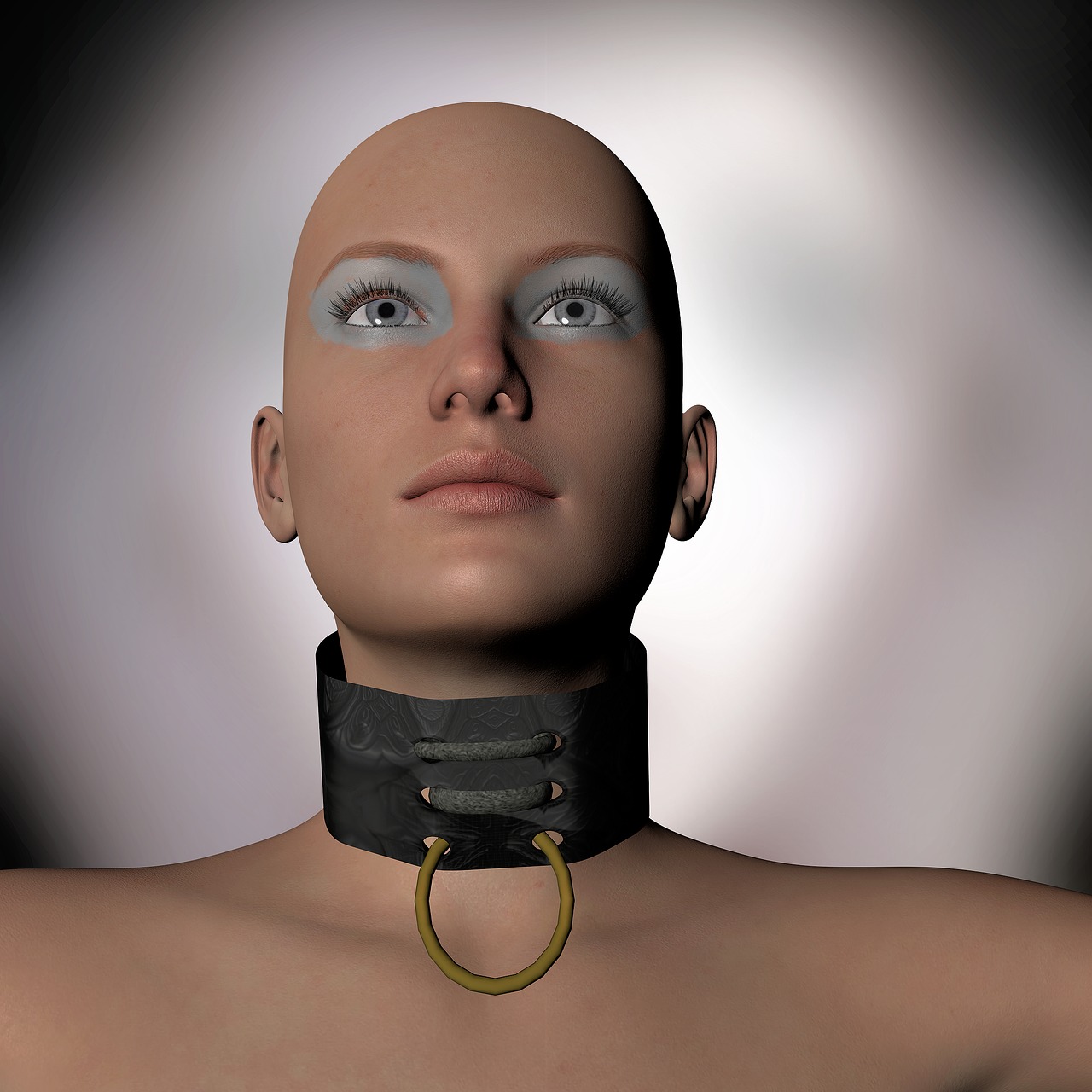 4 thoughts on “The Prince and the Slave”

The Leap of Faith

The Leap of Faith … And the Pain of Writing Easy does it is a wonderful phrase. The problem is,

The traveling wind, blew wild and strong, it carried me away, because I could not stay, with my feet firmly

Dream Cottage   I knew exactly what I wanted, so was very selective. Gary, my real estate agent was getting