Slight was she, in stature and countenance, a mere whimper of intent, and living in the shadows all she wanted. Her parents hard and cold, never valued her and she carried that pain silently. Sarah would cut herself, slow straight lines upon her forearm. They were like notches on a gun, each cut was a kill, a little peace of her removed forever. Like rail sleeper they appeared, yet with no destination, no ending.

The pain of infliction was a release, an affirmation of unworthiness, and somehow it gave her comfort, the act of simply resigning oneself and removing that oppressive feeling of having to strive for acceptance. She lived a solitary life, camouflaged by invisibility.

Joel was an only child, his father long gone, his mother gin soaked and delirious. He knew how to cash her social security, and fend for both of them. He paid bills, bought and cooked food and he wore this burden well, silently hoping one day he could escape, have a real life. But she was his mother. He was finely featured, fragile in appearance yet steely of resolve and each night he’d pray to whoever would listen, to release him from this endless burden.

On a warm Saturday morn, Sarah and Joel, these two lives at the periphery, went to a corner shop outside their neighborhood. The proprietor was a rather large man of Indian descent. His Cherokee family had named him ‘Laughing Wolf’ and to that end he was jovial, but no one of any reasonable mind would want to cross him. The grocery isles were high and both Sarah and Joel we oblivious to each other as they quietly stuffed chocolate bars and snacks into their large ample coats. Sam, Laughing Wolf’s white name, was beginning to feel suspicious and stepped away from the counter to find those two kids, lurking around his shop.

As he turned into isle three, Sam saw Sarah caught in the act and as he took after her, Joel rushed to the till and grabbed a handful of cash. Sarah was light and fleet-footed and she headed for the front door. Sam, with all that weight and momentum caught the end of the isle as he turned to chase her, and brought down a mass of piled biscuits and tins, skidding and falling none too elegantly to the floor. ‘I’ll get you, you two rodents,’ he shouted, slamming his big hand on the floor in rage.

Outside the kids ran side by side in their escape, each fleetingly glimpsing the other, having no idea who they were except they were destined partners in crime. Some two blocks later, in a quiet and secluded alley they stopped, hands on knees panting like dogs in midday heat. They looked at each other and began to laugh. After a few minutes Joel stood up and thumbed through the cash he’d stolen.

‘I guess you deserve half of this,’ he said with a smile, handing her a wad of cash.

She hesitantly took it and smiled. ‘Thanks, better than a few chocolates.’ She shyly looked at him. ‘I’m Sarah’, she said, hand outstretched.

Joel took her hand and lightly squeezed. ‘I’m Joel. How old are you?’

‘Eighteen.’
‘From around here?’ asked Joel, inquisitive, as he’d not ever seen her before.

‘South side, down near the old mill,’ she said.

For a long moment they just looked into each other’s eyes. There was a natural ease between them, and obviously a shared circumstance. Both somehow knew that this unexpected meeting was fortuitous in some way. Something that so instantly seemed to give them hope. They both smiled, not knowing exactly why. In that moment of awkwardness they both knew this was a friendship that would mean something. 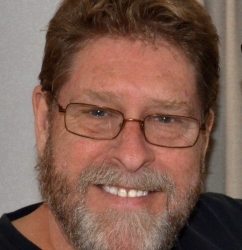 Tony DeLorger
Full time author, freelance writer, poet and blogger since 1999. Twenty one published works, past winner of 'Poet of the Year' on HubPages, 'Poem of the Year' on The Creative Exiles, writer for Allpoetry.com, Google+, tonydwtf.blogspot.com.au
videos on YouTube and book sales on website thoughtsforabeautifulmind.com, Amazon and digitalprintaustralia.com.au/bookstore

Full time author, freelance writer, poet and blogger since 1999. Twenty one published works, past winner of 'Poet of the Year' on HubPages, 'Poem of the Year' on The Creative Exiles, writer for Allpoetry.com, Google+, tonydwtf.blogspot.com.au videos on YouTube and book sales on website thoughtsforabeautifulmind.com, Amazon and digitalprintaustralia.com.au/bookstore

Grubby Bear Must Find a Home

8 thoughts on “Partners in Crime”

Memories From Under the Mimosa Tree

The simplistic feeling of total immersion into the bounty of nature can have a profound impact on our lives.  The

Simple Things Appreciated …   Simple things appreciated are much of the joy of life. In the early morning when

The traveling wind, blew wild and strong, it carried me away, because I could not stay, with my feet firmly

Tally’s Song Tally Gunther had been on the road since he was fifteen. He left home one night when he