The knight was looking forward to returning to his castle.
But just before arriving he got caught up in a hassle.
Without him even knowing he was followed on his journey
By bandits who were eyeing for his winnings of the tourney.

But even the commotion couldn’t stop the knight from singing.
His mood is never stricken while their clumsy swords are swinging.
And though his feet are dancing to avoid their bladed metal,
The number disadvantage shortly makes him lose the battle.

Relieved of his possessions he continues his excursion.
To us the knight seems beaten, but according to his version
He conquered his opponents, since his joy remains his armor,
And while he lost on one account, their weapons couldn’t harm her.

The knight takes off and whistles, unaware of our impression.
No matter what was stolen, he brings home his prized possession.
Rewards and prizes can’t replace the richness of his laughter.
And even in the sporting games it’s all that he was after.

He’s fighting for a kingdom where rejoice is unforsaken
And only ends up losing when he’s changed by what was taken.
This challenging encounter was the test he really needed.
The tournament was fun, but now he’s truly undefeated. 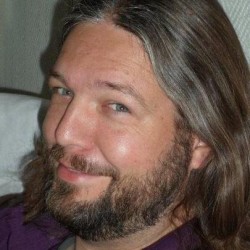 Jerry Corstens
Writer of inspirational poetry & original wisdom quotes. I've been writing poetry for over 30 years, both in Dutch and English.

You can find more of my work on my blog / website www.thegoldenmirror.net and on various social media sites related to it.

Writer of inspirational poetry & original wisdom quotes. I've been writing poetry for over 30 years, both in Dutch and English. You can find more of my work on my blog / website www.thegoldenmirror.net and on various social media sites related to it.

Dance Puppets, Dance – The Reality Of Our Celebrities

Knowing What We Are

8 thoughts on “The Undefeated Knight”

Transforming the World, One Soul at a Time

A Dream of “The Valley of the Antelope”