as shadows played with moon rays,

somewhere from years ago,

she heard the music play,

it was the same, sweet music –

that had played the day they met.

Making her way along the path,

daisies grew along the way

and on the wall of the old, empty church –

This was the only place,

where she could find him,

find him in the silence,

as their music began to play,

filling her heart with love for him

and find him in the moonlight.

awaited her as she sat on the bench.

As she waited her mind took her into the past,

at the dance where they met,

the wedding and the years as they spun past.

Until the day when they had to part,

unwillingly but the angels insisted,

and she let him go,

to be together in this world –

until it was time for her to go to the next.

The music got louder,

she knew he would be here,

then she saw a shadow –

come sliding down upon a moonbeam.

Then he was there and holding out his hand,

they strolled through the magical night

and it felt just so right.

Many hours later with a sigh,

she felt his hand in hers begin to tremble,

she knew that soon the dawn would come.

One swift kiss and up he swept,

away into his world,

until the night came again.

Quietly she left the churchyard,

to the strains of “Moonlight and Roses” –

her heart aching until they were together again. 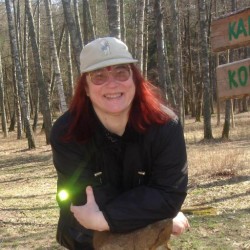 Twilight Descending and the Finality of Night

4 thoughts on “Moonlight and Roses”

‘The View from the Shed’ excerpt, Ch 7 Good-Evil-Balance

CHAPTER SEVEN Good and Evil/Balance Some days I just cannot stop writing, it’s as if my soul is being driven,

Bygone Memories   As we grow old we tend to go back in time, flashes of the past come alive

I’m spinning round and round In control, just not being controlled My limbs function, But that functionality is temporary Or

Devil’s Manor Fall had come to Oakdale in all of its colorful glory. The town of 1,000 people lay in