Metamorphosis….a change from caterpillars to butterflies….

It was a Friday afternoon and we were planning on visiting some of our friends who were leaving to India for a vacation. From the morning itself, it was raining intermittently as if rain clouds were playing hide and seek with us. By the time we picked up our daughter from school, it started pouring. For a refuge, we dropped in at a Dunkin Donuts near our home which was almost like a second home to us. We used to go there so very often and had our own time tested favorites. Well, what better way to pass time on a rainy day than have steaming cups of vanilla chai, I thought. Cheers to a great afternoon of family time!!!

That day, Dunkin was unusually crowded. We got our orders, found an empty table, hung our wet coats on the chairs and contentedly sat down to enjoy our hot drink. It was then it happened ..an army of school kids suddenly barged in. I guess most were in middle school and some in high school. I was overjoyed because now my five year old daughter will no longer make a fuss and will be quite content in watching these kids, I thought.

It took only a few moments to change the ambience of the entire coffee shop to one of complete pandemonium. There were screams of bubbly excitement,laughter and of course very loud talking. We were curiously watching all these and with the accompaniment of  bittersweet emotions, I began to fondly remember my own happy school days. But slowly things began to seem a little bit different from when I was a school kid.The first thing that was kicked out of the way was the yellow board which conveyed the warning that the floor might be wet. No sooner had some of the kids bought drinks and snacks that the munchkins began to be thrown about for sharing. Those thrown with good aim reached the intended recipients while the others fell on floor and were trampled underfoot. The “F” word was religiously uttered in each and every sentence as if their lives depended on it. A glass of soda was poured on the floor and on it some kids were showing off their skating skills. The poor ice cubes left in glasses didn’t stand a chance of being treated with any degree of respect and were soon tossed about.

For a moment, I wondered if we were the only ones who thought this odd and was quite relieved when a middle aged man sitting on the next table was also not amused at these proceedings. The Dunkin staff had gathered in one corner and seemed to be clueless as to what to do. I don’t know how, but in the midst of all this, some kids remained unperturbed and sat as statues immersed in the blinking screens of their phones. One girl looked up from her phone and I was thinking how pretty she was with her golden hair and blue eyes. Then she shouted something to her boyfriend which was sort of a rude shock to me. No, I am not repeating that line because for one thing I can’t bring myself to type it and for another I think I would need permission from the owners of this site for that. To make a long story short when we left Dunkin that day, my husband was having a migraine and I was plagued with lots of doubts. I looked at my daughter who will definitely go through this phase. I imagined with dread the day she would say the “F” word while I kept searching for flowery words to write my poetry. Let that day be far in coming, I sincerely wished..

When does that magical metamorphosis happen? When do all these havoc causing kids turn into perfect gentlemen or elegant ladies? Do they learn the hard way or is it that one morning they wake up and decide to change? I don’t know. But I am sure of one thing.. Among these kids, there would be a father who would play soccer with his kids and ask them to strictly follow the rules, there would be a mother who would be teaching her kids codes of conduct, there would be professionals who would make the world a far better place. Only when and how that transition happens remains to me as unfathomable. 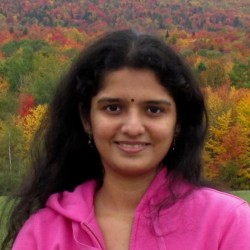 Anjana
I am a postgraduate in the field of biotechnology. I always had a profound appreciation for all forms of creative writing and I have been writing poetry in writers network for two years. At present, I am residing in Rutherford, New Jersey. Thank you so much for visiting my page and I would be delighted to have your valuable feedback.

Latest posts by Anjana (see all)

I am a postgraduate in the field of biotechnology. I always had a profound appreciation for all forms of creative writing and I have been writing poetry in writers network for two years. At present, I am residing in Rutherford, New Jersey. Thank you so much for visiting my page and I would be delighted to have your valuable feedback.

Eve Of Damnation – Take Me If You Will, Part One

4 thoughts on “Metamorphosis…A Change from Caterpillars to Butterflies…”

The Call for an Independent Islamic State in Australia

Politics and religion, never the twain shall meet, for when one imposes itself on the other, no good shall come

Dreaming the dark nights away, with wine and candlelight, with memories that never end, with songs of yesteryear and a

What will human beings be like in the year 3016, a thousand years from now? Will our DNA have