Some who have read the following letter have come away confused thus I feel it necessary to offer a bit of explanation up front prior to your read. Our subject, Henry, has been placed into an insane asylum due to some of the claims which he had offered in attempting to justify his murdering of an ex-lover. In the letter, he writes to his sister, Jane, as he has many times before, pleading with her for assistance in removing him from the facility. The difference in this later is the threats and demands which he includes. Some readers have asked, “Did Henry carry through on his words to Jane?” to which I can only answer….”please refer to the title.” I hope you enjoy your chance to peek into this private exchange between a set of siblings. ~WB

You will probably never see this letter as I am quite sure the mail never gets outside this asylum. Criminal insanity has no place in the communications structure of ordinary people like yourself. Still, I will write the letter anyway because there are things you need to hear. If indeed you do read this at some point, take comfort in knowing that I will long since have gone.

Agnes Perkins is dead. Enough of my peers feel that I was the guilty party who took her life in a drunken, insane rage; thus, I am here in this place and will be for many years to come I am quite sure. I suppose the souls of all involved are salved by this outcome. Agnes’ death is no longer unrequited and those who would accuse can take comfort in knowing the perpetrator carried out his hideous act under some fictional delusion that blinded his reason and judgment. Thus I am here and will one day understand my mental illness as opposed to sitting on death row awaiting the day of my execution.

You are the one person that I thought that I could count on to help me through this mess. If you will only look at the facts, I am absolutely sure you will understand the circumstances and how things evolved to such an untimely end for Agnes. As I have said to you before, Agnes is not of our world. Never was. Agnes was a lie; a cruel façade played out on us by those who would come here from other worlds and attempt to infiltrate our culture and then execute their treason upon us at the proper moment.

Agnes was one of those people. She was an alien being hiding in the body of a middle-aged woman. It was imperative that Agnes be stopped and exposed before it was too late for all of us. Agnes was an agent of a plot from another world. Had I not exposed it when I did, our demise was upon us. Agnes’ death stopped that process and now they have to begin again. And begin again they will. Another Agnes will come. These are the things that you must get your mind around and understand. Once you do, I am sure you can clear up this matter without hesitation. I am counting on you.

I will wait just two more weeks for your response. Know that while I sit here and wait that I am awash in the human insanity that surrounds me. There truly are some crazy people in this place capable of acts beyond the scope of human perception. I see it daily. Their obsessions, their ticks, compulsions, delusions. I suffer for them yet find their behavior unbearable in my presence. My royal blood boils in anger that I might be considered one among these loons of humanity. I am troubled that you might think such of me for you are all that I have left. I will wait just two weeks, Jane, and not one moment more.

You shall never know the grief I suffered learning of Agnes’ deceitful ways. She lured me into her bed and caused such a stir in my groin only to turn out to be some ugly three-eyed beast from the worlds beyond hiding behind the pretty face of a woman. She used me in the worst way and extracted information from me as we enjoyed our sexual escapades in the cool sheets of her bed. Her deceit was beyond my ability to forgive. She betrayed me then laughed in my face when she was unmasked. What an evil bitch she was!

Possibly your awareness that I have fully planned my own demise will stir you to action to resolve this atrocity that has so tragically occurred in my life. Yes, the plan is in place and I might add it is one that cannot be stopped thus I do not fear speaking of it openly here in a letter that I am quite aware my keepers will read. My death will come in spite of their efforts to curb it. It will come at the most inopportune moment for them and one so not thought of by them. I will reserve the element of surprise in my death plan and my keepers can only stand in awe as the witness thereof. Two weeks. Two weeks is all you have to right this insidious wrong to which I have been irrationally exposed.

And now my dear, darling sister, I beseech you to move forward with this process and relieve me from this incarceration among the mindless twits of our society. Do not think that I will not act for this is my last letter to you. Any action that I may take beyond the limits I have raised in this letter will be on your conscience for time here on, my dear. Please be prudent, and take action on my behalf at once.

As Always, Your Loving Brother, 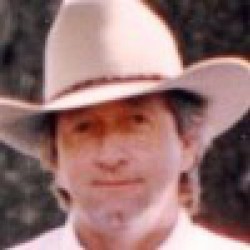 Wayne Brown
I joined the writer ranks full-time in 2010 venturing out on HubPages.I still have work there but have not posted any additional work since 2012.I served six years in the USAF as a Navigator/Flight Instructor on C-130 transport aircraft and then had a 35+ year career in R&D prior to retiring in 2012.Writing has always been a part of my work and an interest to me.I also enjoy singing and guitar as a hobby.I am happily married and reside in Arlington, Texas.

I joined the writer ranks full-time in 2010 venturing out on HubPages. I still have work there but have not posted any additional work since 2012. I served six years in the USAF as a Navigator/Flight Instructor on C-130 transport aircraft and then had a 35+ year career in R&D prior to retiring in 2012. Writing has always been a part of my work and an interest to me. I also enjoy singing and guitar as a hobby. I am happily married and reside in Arlington, Texas.

In Which Group Do You Belong?

There are four distinct groups in this world, the ‘Power Whores’, those of greed who seek ultimate control by any

Balance in Imperfections … Unchain the shackles Pound the drums, ignite my heart Unbind the anguish Release your ardor And

Slipping down the side of the house