You want me to drive?”

Pfc. Angela Baskins watched her Field Training Officer sip from the convenience store styrofoam cup, smile and then shake his head. Tonight was Christmas Eve and it was Angela’s last night on the Dismal, SC Police Department’s FTO program. After four days off, she’d start next week patrolling on her own.

Cpl. Dennis Culp slid in behind the wheel of the patrol car, a black Chevrolet Tahoe and set his cup on the dash while he buckled up. A fog of steam gathered on the windshield above it as Angela got in on the passenger side. They were four hours into a ten-hour rotation and except for a noise complaint about firecrackers over in the Forest Acres subdivision, it had been quiet.

Dennis had been nicknamed “Denzel” after he joined the DPD some twenty-seven years ago not because he looked so much like Denzel Washington, he was much darker and built heavier. Mind you, he wasn’t fat. He spent a lot of time at the gym lifting weights, and three days a week he jogged at the local track trying to stay in shape. Instead, it was the way he carried himself, his demeanor, and the way he spoke. His voice had that quiet-yet powerful quality that people found reassuring.

He retired from the force after serving twenty-five years and getting promoted through the ranks to Captain of the patrol division. He stayed off the job about two weeks, got bored staying at home alone, and then hired back on as a street cop. The Chief had insisted on making him a Corporal, but Dennis had refused to work back up the chain. He liked it on the street and wanted to stay as long as his health held up.

Now they were Denzel and Angel, emphasis on the “l” at the end of their names. Nicknames were big at the PD and Angela figured out pretty quick she could do worse.

Elvis sang softly over the FM radio wondering why every day couldn’t be just like Christmas and Angela asked Dennis if he was going to see his family this year.

He smiled but in the green glow of the computer screen his eyes betrayed his thoughts.

“Wish my Gertie had lived to see those grands,” he said.

Angela didn’t know what to say, so she simply kept her peace. She thought he was the best FTO at the PD and probably the best officer. He believed she was going to make an outstanding cop, one of the best new rookies to join the PD in years. Both their feelings remained unspoken. That was simply the way.

The fire call at the trailer park came in about the time Dennis finished his coffee.

On Faile Circle, trailer number 1904 was dead center in a semicircle of single-wide units packed into an acre and a half of land behind an abandoned drive-in theatre. The residents were predominately Hispanic, mostly hard working families who required very little from the PD. Dennis parked on the side of the street three trailers back, behind a small crowd that had gathered.

“Headquaters,” Angela spoke into the mic. “ETA on the Fire Department?”

Looking through the windshield, the officers saw flames licking at each end of the trailer.

“That place will be on the ground in five minutes,” Dennis said. “Let’s go rookie!”

“I’ll get these people back,” Dennis yelled as he ran toward the crowd. “You clear the trailers on the far side!”

He ran to where some neighbors had gathered near the front of the trailer and Angela headed around it toward the next trailer.

“Okay, folks. I need everyone to move back,” Dennis said as he pushed through the crowd and stepped in front. “Fire truck is on the way, let’s make some room.” He spread his arms and began to walk them back to safety. When he had backed them up as far as they seemed willing to go, he turned to look at the trailer.

“Hope she took that baby with her to the store.” The voice had come from behind him and he spun.

“Somebody’s in there?” Dennis shouted the question.

No one answered and he had no idea who had said it. He ran toward the burning trailer.

Flames were now boiling out of the windows on both ends. There was no car in the yard which meant… exactly nothing.

Two quick steps led Dennis to the door but a hasp had been secured into the frame and locked with a rusty lock. He jumped down, then hurried to a small window, and shined his flashlight into the den. There against the back wall and near the hall was a bassinet. Heavy black smoke boiled at the ceiling like  storm clouds on an angry horizon.

Dennis grabbed a cement block from the littered yard, lifted it over his head, and heaved it through the window. He knocked the remaining glass out of the bottom of the window with his gun and then secured it back in its holster. Jumping up he was able to get his head, shoulders and most of his body above the waist into the opening. He struggled to get through. His walkie talkie hung up on the frame and then fell back into the yard, but finally Dennis was in.

The fire raged as he crawled toward the bassinet.

Meanwhile, Angela had evacuated the two nearest trailers and the folks in the last one told her no one was in the third. She headed back.

“Unit two to units at the fire…” Major Pickens said in his slow country drawl.

Angela keyed the mic on her walkie talkie, “Unit twenty-three, go ahead Major…”

“Be advised Angel, drug unit says there may be a meth lab at your location…”

Angela called for Dennis on her radio, but he didn’t answer. She bolted back by the inferno, felt the intense heat,  and raced toward the crowd which had advanced again on the house.

She did not see Dennis.

“Donde esta el otra ofical?” Angela’s two years of Spanish in high school had been a blessing at times. This was one of them. Many in the crowd pointed behind her at the trailer and when she turned to look, she saw the busted out window.

She screamed “Consequir el infierno atras!” at the crowd and sprinted toward the fire.

When she thought back on it, and she did often-and for the rest of her life, everything else that happened seemed to take forever.
She ran toward the window screaming “Meth lab, meth lab!” at the top of her lungs.

Dennis silhouetted against the orange flames and headed toward the window,

a huge ball of red and orange fire erupting behind him,

and the wad of blankets as he launched them through the broken out window.

Running now flat out, Angels stepped on a discarded beer bottle. Her ankle gave way, and she started to fall still ten feet short of the window.
Instinctively, she stretched her arms toward the bundle… and caught it.

Spinning, she landed on her back and rolled toward the trailer’s underpinning.

The young doctor at the ER bandaged her ankle, gave her a prescription for a pain killer she had no intention of filling, and told her she’d be fine. Angela thought he was cute… and totally full of shit.

She would never be fine again.

The world once full of promise was now filled with pain, what ifs, and remorse.

She got her crutches, thanked the clueless doctor and limped out of the room. As she passed the next room she heard someone singing Silent Night in quietly beautiful Spanish and looked in.

The Hispanic woman from Child Protective Services was about fifty and she held the infant in the blankets that Dennis had used to protect it. Angela stopped in the doorway. The woman looked up, smiled,  and waved her in.

The tiny baby lay sleeping, peacefully unaware of the sacrifice made for him that night. Angela touched the infants cheek, felt his incredible smoothness and the baby opened his eyes. The blanket fell away from his face and Angela read the name monogrammed in the corner.

Tears began to flow but, through them, Angela managed to ask “That’s his name?”

“Hay Soos,” the woman said. “We pronounce it Hay Soos.” 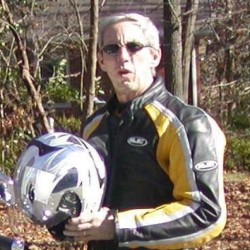 Revelation – Take Me If You Will – Part Three

3 thoughts on “A Christmas In Dismal, South Carolina”

Recently I found some old pages I had written 40 years ago. In truth none of it is very good.

We Are Never Alone

As the Christmas season approaches, there are many people who feel isolated. Some, without family, others surrounded by family but

To Look at Snow on the Sycamore

To Look at Snow on the Sycamore 1.)A Quiet Prayer Set aside a plot of vegetables and fruit trees create

A Will Starr Christmas Story Collection

A Will Starr Christmas Story Collection The Joy of Giving “How much?” “He said at least a thousand, but he