This will eventually be a novel.  It’s the opening chapter, or what will be the opening chapter, before various changes are made during the final project.  It’s a book that’s been kicking around inside of me for quite some time about a loss of innocence, loosely following my own life n 1961, the year a little girls by the name of Anne Marie Burr went missing from her home one hot August night, never to be seen again.

With that as your only introduction, here is the opening chapter:

Tacoma, Washington was a city waiting for change in 1961.  Most people who lived there at that time could not give voice to what they were feeling.  It was a rumbly in the tumbly as our friend Pooh would say, a sense that something was about to happen, but whether it was good or bad they could not say.

At that time, in that year, Tacoma was the plain girl sitting in the corner of the gymnasium at a high school dance, resigned to being the perennial wallflower, not terribly satisfied with her life to date and not really sure what to do about it.

The city’s history was weighing it down.  By 1961 it was tired and in need of rejuvenation, in need of vitalization and in need of shaking up.  Again, it’s doubtful the citizens would have said that.  They were locked into the business of living, the day in, day out grind of rise and shine, tote that barge and lift that bale, all the while tending to families and mending white picket fences.  The Fifties of Ike and Mamie were gone.  The logging industry was drying up, as was the smelting industry, the fishing industry and any other industry cemented in the stale past.  The population had flat-lined, the downtown core was looking a bit dreary, and there was an ever-present smell of decay, both real and imagined.

Still, there was hope.  A new couple occupied the large white house on Pennsylvania Avenue three-thousand miles away, and Ike and Mamie they were not.  They brought youth to the screens of American televisions, and they seemed to symbolize the change so desperately needed.  Threats, some real and some imagined, rose in the distance like storm clouds over the Pacific, and school children practiced duck and cover, but for the average Tacoma life just plodded on.  Barbecues were held, church was attended, family gatherings were dutifully attended and stories, some true and some pure bullshit, were passed down from one generation to the next.

I turned thirteen years of age the year Tacoma turned eighty-six.  I doubt either of us will forget that particular birthday year.  It was a coming of age.

It was a hot summer by Tacoma standards.  In July it hit ninety-nine degrees.  That’s a scorcher for weather-pampered North Westerners who are accustomed to mid-seventies.  August seemed to be in the eighties daily.  Great baseball weather and we all loved baseball but still, even a kid got tired of his shirt being plastered to his back by sweat.

There was also a great deal of roadwork and public utility work done that summer.  Huge trenches were dug to lay new pipe.  Dust seemed to cling in the air for three solid months.  It was a traffic nightmare for drivers.  It was a playground for us kids.

It was a summer of slow movement and the wiping of brows, of constantly dirty clothes and dogs under the porch with tongues lagging, of swimming holes and Snow Cones, picnics under the shade of an apple tree, A&W and top-down T-birds with three on the floor.

It was the summer Karl and his family moved into our neighborhood.  He and I became instant friends.

August eleventh, mid-morning, already seventy-five degrees, a knock on the front door.  I pulled myself away from a Looney Tunes cartoon on the television, answered the knock and found Karl grinning at me.

“Let’s call some guys and go play ball at the park,” he said to me. He was grinning that lopsided grin of his, and shifting his weight from foot to foot, as was his norm.  Karl Thomas Zetter, three generations removed from Sweden, he was one of five Zetter children, all with sparkling blue eyes and surfer-blond hair.  His family had moved into our neighborhood in early July, five houses away from us.  It took us four days to spot each other, make the first attempts at conversation and decide we were worth spending time with, and begin hanging out as friends.

I grabbed my glove, bat and ball and found mom in the kitchen.

“Mom, Karl and I are going to the park to play ball.”

My mother, Evelyn Josephine Howland, was Midwest born and raised, a child of the Great Depression, and not a believer in idle hands.  She was home that day from her part-time job at the Proctor Dime Store, but a day off from work simply meant catching up on canning, laundry and fifty other odd-jobs waiting for her.  She looked up from her pie crust and brushed a strand of her dishwater-blond hair from her face.  A streak of flour appeared.  She had been a beauty as a teen in Iowa.  By 1961 she was just a tired mom with too much to do to worry about her looks.

“Did you do your chores, Bill?”

“I took the garbage out, made my bed and fed the dog.  I’ll mow the lawn when I get home, okay?”

“Just don’t forget.  Your dad will tan your hide if you do.”

Whether my dad would actually take a belt to my butt was a matter for debate, but I had no desire to actually find out.  I kissed mom on the cheek and Karl and I raced out of the house before she could dream up some other chore for me to do.  We ran the block to Karl’s house and commenced dialing the phone.

Our phone calls netted five more players, all of whom promised to meet us at the park in a half-hour.  Jefferson Park was a mile down the road, a straight shot down Monroe Street.   Our Keds sneakers kicked up dust as we walked.  Ten a.m. and already hotter than Hades.

I picked up a clump of dirt and tossed it at Karl.  “Spahn goes for three-hundred today,” I told him.

“He’ll get it.  Nobody can hit that curve of his.  Sure wish I could be there to see it.”

Karl had three sisters.  One of them, Eva, had just turned twelve.  She was damned cute and I had a crush on her.

“What are your sisters doing today?” I asked with what I hoped was supreme nonchalance.

“You mean what’s Eva doing, right?  Why don’t you ask her yourself?  You chicken?” He nailed me with a dirt clump and ran ahead.

Truth was, Karl was right. I was chicken.  Girls confused me back then.  Eva was way too pretty….pretty in an intimidating way…and I had no clue.  Talking to her was painful. The thought of doing anything other than talk was way beyond my comprehension.  Still I had my image to uphold.

“Nah, I’m not chicken.  She’s too young and besides, girls are a pain in the butt.  Why bother, right?”

Karl wasn’t buying it but he let it drop.  Friends were like that back then. They knew just how far to push and then they backed off.  Kidding around was fine but there were limits.  He gratefully changed the subject back to safer ground.

“Do you think Maris can beat Ruth’s record?  He’s got forty-eight now.  Only thirteen to go.”

I was shaking my head. “No way, Jose.  He’s going to choke big time.  You just watch and see. Mantle might break the record but not Maris.  Hey, did you see the bomb shelter the Peterman’s are building in their backyard?  I’d hate to have to live in that tiny room underground for a month until it was safe outside.”

“Are you kidding me? Lisa Peterman is hot.  That would be the greatest month of my life.  If the bomb drops I’m running to their house and begging them to let me stay with them.  If I can’t have Connie Francis as a girlfriend then it will have to be Lisa Peterman.  That girl gives me a boner.”

I started singing “Where the Boys Are” and Karl nailed me with another dirt clod.

We laughed the rest of the way to the park.  When we got there the other guys were waiting for us.  We played a game of Pick-up for three hours, the heat forgotten as we ran the bases with reckless abandon, Maris and Mantle playing with us, just kids being kids, testing our own limits and learning about ourselves along the way.

And there was so much learning to do. 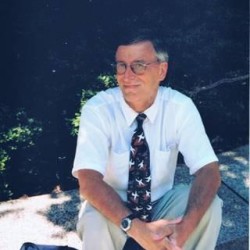 In the Art Museum – A Flash Fiction Story

23 thoughts on “The Summer Fear Was Born”

The Path of Human Misery

For what do we strive, if not the nourishment of our ego. The gratification of a self-indulgent recompense that will

To Listen to the Sounds of Nature

The Winds of Change

All through my life, the winds of change, have been blowing, good and bad tidings – always pushing me